F-Droid is a robot with a passion for Free and Open Source Software (FOSS), and now F-Droid has a new helper: issuebot! It started life as a hacked together script running on the RFP tracker, where it was doing some automated checks on the information that people submitted in their requests for packaging. As part of the Tracking the Tracker project, we talked to maintainers and contributors to F-Droid’s fdroiddata and RFP to find out how issuebot could help them. One key goal was to make it possible for people to contribute to the app reviews, even if they are not an Android developer in any way, shape, or form. This is possible by making issuebot run as many of the core build processes and review tools automatically, then issuebot presents that information as a response in the thread of the RFP issue or fdroiddata merge request. We brainstormed a number of ways to present this information, and decided the best place to integrate issuebot was into the existing workflow where F-Droid contributors and community members work on reviewing apps: the GitLab projects. There are always uses for this information that we did not anticipate, and the data was already being assembled into a single place, so issuebot also includes a JSON API. 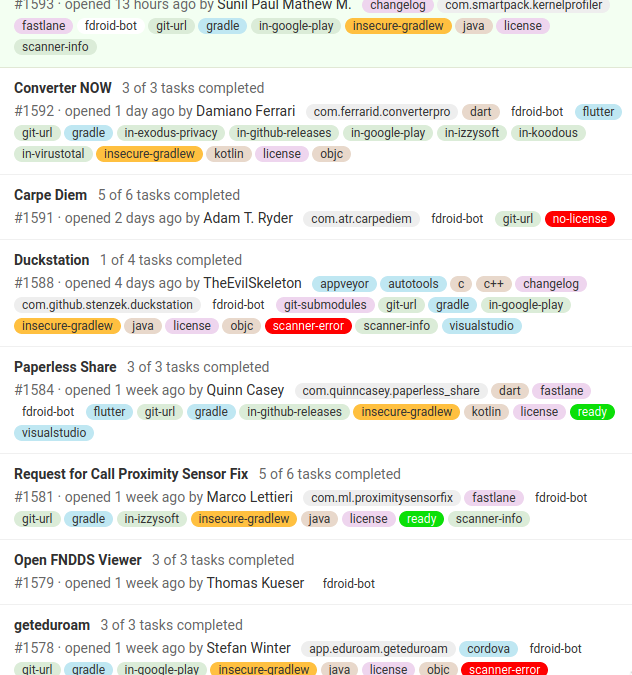 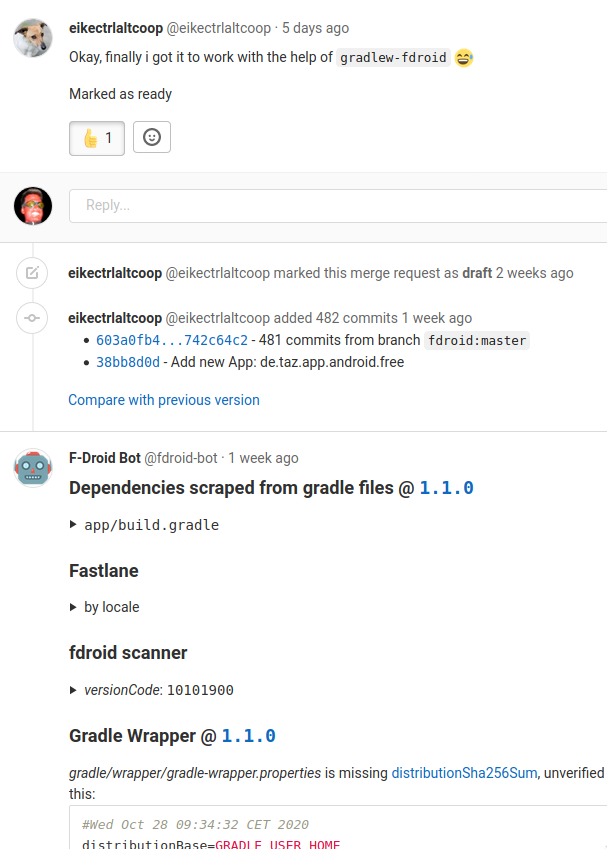 An app to help you capture thoughts & ideas, syncs with self-hosted Memos server